When a fire breaks out in a home or business, the damage it causes can be absolutely devastating. Whether it burns through the structure of your home or destroys your personal belongings, it’s important to understand that the immediate damage isn’t the only thing you should be concerned about.

The high temperature of the fires can cause items to melt and crack. This produces smoke which can include nasty cancer-causing compounds. These form when the smoke particles mix with gases in the air and are then absorbed into nearby surfaces. This includes carpets, clothes, wall paints, and even toys. Even after attempting to clean up the ashes and restore your home, you can still be left with what’s known as smoke damage.

Even if your home wasn’t directly affected by the fire, the resulting smoke could have seeped into your home. This would then be absorbed by the items in your home and could become a health risk. This is particularly common in areas where wildfires have occurred. Even if the fires aren’t directly near you, the resulting smoke could be absorbed into the air particles which can then make their way to your home.

How Does Smoke Damage Manifest?

Smoke damage manifests itself in many different ways. It can be very dangerous and cause permanent damage if left untreated. There are four common types of smoke damage that you should know about. These are dry smoke, protein residue, fuel/oil residue and wet smoke.

Dry smoke is created by high-temperature fires that are fueled by materials such as paper and wood. It’s relatively easy to clean using cleaning products since it has a powdery texture, so it doesn’t smear when wiped. However, it can easily fill in cracks or in porous materials which creates a lingering smoke odor. Thankfully, it’s relatively easy to clean with the help of a professional fire damage restoration service.

Protein residue is created when organic materials evaporate in a low-heat fire. A good example of this is when a cooking accident causes a fire in a kitchen, or a barbecue in your backyard goes wrong and catches fire. This type of smoke damage is virtually invisible and produces no visible smoke and soot residue. However, it can discolor surfaces and has an intense odor that is immediately noticeable.

Also known as petroleum residue, this type of smoke damage isn’t as common as it only occurs if petroleum products were burned in the fire. This smoke residue is dense and difficult to clean. It has a strong smoke odor and will ruin your home if not cleaned immediately.

Wet smoke is from low-heat fires that smolder. Plastic and rubber are the most common materials that produce wet smoke when burned. These can produce intense smells and thick black smoke, despite having fewer flames. It can completely cover your home since it’s wet and smears during the cleaning process.

Smoke damage can cause many problems for people even after the fire has passed. Lingering smoke damage can be extremely harmful to one’s health and can exacerbate existing health problems. Below are some of the common health risks associated with smoke damage. 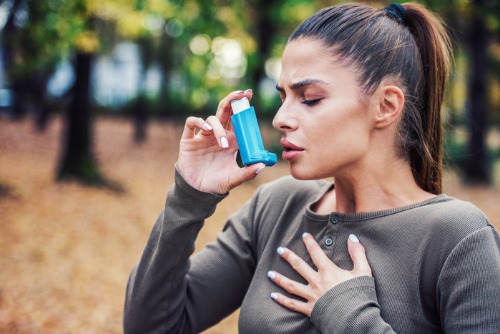 Asthma is a disease that occurs when the airways to the lungs are inflamed, making breathing difficult. Fire and smoke damage can exacerbate this issue because it lingers in areas of the home even after the fire has occurred. It can also be present in areas where the fire never reached due to the way the smoke spreads.

Emphysema is often associated with smoking but can also occur in people that work in environments that are affected by smoke damage. This disease causes damage to the lungs, destroying the air sacs.

When enough are destroyed, the lungs fail to absorb enough oxygen which makes it harder and harder for people to breathe. Soot residue left after a fire can be dangerous to people with emphysema, but smoke damage can also cause it if the smoke isn’t cleaned using a proper restoration process.

Fire and smoke damage can actually cause irritation in your eyes and on your skin. If you enter a house that has recently been on fire, you’ll notice that your eyes may begin to feel uncomfortable and might start itching. Your skin can also feel dry due to the smoke particles in the air.

How to Get Rid of Smoke Damage

Getting rid of smoke damage generally involves removing soot residue and smoke from furniture, floors, and painted walls. A mild soap or detergent can be used to clean the smoke off surfaces, but it’s also important to wear rubber gloves and a mask to prevent yourself from inhaling the particles as you clean. All surfaces should be rinsed and dried thoroughly to prevent the growth of mold.

While it’s possible to get rid of smoke damage by yourself, there are certain processes that should be carried out by professionals, such as HL Restoration.

HL Restoration offers a complete cleaning and sanitation service to help clean a home and completely remove smoke damage. This offers peace of mind to tenants and ensures they won’t be affected by the health risks of being exposed to smoke damage.